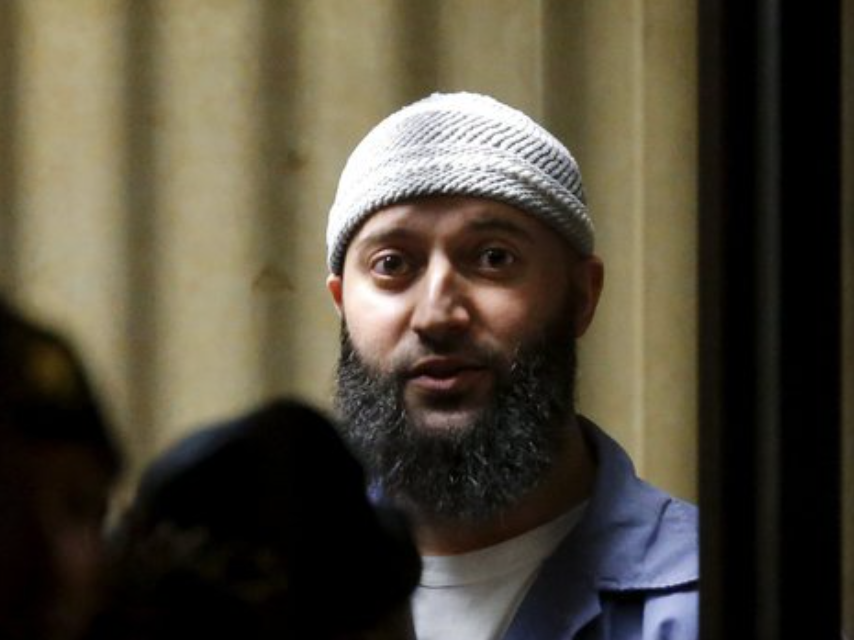 It is our opinion that, if McClain’s testimony had been presented to the jury, it would have “alter[ed] the entire evidentiary picture,” because her testimony would have placed Syed at the Woodlawn Public Library at the time the State claimed that Syed murdered Hae. See Strickland, 466 U.S. at 696. Such testimony would have directly contradicted the State’s theory of when Syed had the opportunity and did murder Hae.

The Court of Special Appeals (CSA) awarded relief based on this claim. This was the issue that Syed raised in his cross Application for Leave to Appeal. The majority (2 of the 3 judge panel) found that trial counsel rendered deficient performance in failing to investigate the alibi issue. On this point, the CSA and the post conviction court agreed. As to whether that mistake was so significant as to have altered the outcome of the trial, the CSA disagreed with the post conviction court. The CSA found that there was a substantial possibility that if the jury heard McClain’s testimony, the verdict would have been different.

Let’s take a step back for a minute and talk about some post conviction fundamentals. On post conviction, Syed is not required to prove his innocence. Likewise, he is not required to prove, beyond a reasonable doubt, that the result would have been different. Unlike the State’s burden in a criminal trial, beyond a reasonable doubt, which is the highest standard of proof in our legal system, Syed’s burden is significantly lower. He is tasked with showing that there is a substantial possibility that the result would have been different. What does that mean? The Court of Appeals held in Williams that this standard is less than a preponderance of the evidence. Williams v. State, 326 Md. 367, 375 (1992). In concrete terms, the burden of persuasion on post conviction is actually less than that which is necessary to assign fault in a civil fender bender case.

Bearing that in mind, our first indication that this case might be “cert-worthy” (Court of Appeals might consider taking the case) is contained in the following sentence from the opinion: “Our research has revealed no Maryland case that has addressed directly the issue of a defense counsel’s failure to investigate a potential alibi witness in the context of an ineffective assistance of counsel claim.” The Court of Appeals makes law in Maryland, taking issues of first impression and clarifying the law.  That there is no Maryland case that is precisely on point on the issue increases the possibility that the Court of Appeals might be interested in taking up the case.

Neither the federal cases cited by the majority, nor the cases cited by the dissent are binding authority on the CSA. In other words, the CSA did not have to follow those cases. Nonetheless, in the absence of binding authority (i.e., on point decisions by the Maryland Court of Appeals or the United States Supreme Court), the decisions of other jurisdictions are persuasive and assist the CSA in reaching its decision.

Having reviewed a series of federal cases, the CSA distills its deficiency issue down to this: “We learn from the above cases that, once a defendant identifies potential alibi witnesses, defense counsel has the duty ‘to make some effort to contact them to ascertain whether their testimony would aid the defense.”  This is where the dissent is most plainly at odds with the majority.  The dissent opines that “there may be good reasons for a reasonable attorney not to contact a potential alibi witness.”  Quoting Strickland, the dissent points out that “[C]ounsel has a duty to make reasonable investigations or to make a reasonable decision that makes particular investigations unnecessary.” The dissent then references four cases for the proposition that “failure to investigate a potential alibi did not constitute ineffective assistance when counsel’s decision to forgo investigation was reasonably based trial strategy.”   That is the dissent’s point in a nutshell, that it could have been reasonable trial strategy to not contact McClain to investigate the alibi.  But, under what circumstances is it reasonable to not investigate an alibi witness?  The cases cited by the dissent do not offer general guidance as to when this decision would be reasonable and the facts of those cases are fairly different from each other and from Syed’s.

The law requires that trial counsel’s conduct meet an objective standard of reasonableness under prevailing professional norms.  Mosley v. State, 378 Md. 548, 557 (2003) (quoting Strickland v. Washington, 466 U.S. 668, 688 (1984). Although trial counsel was not available to testify regarding her strategy or lack thereof, the CSA has previously found ineffective assistance of counsel where the record was silent as to trial counsel’s strategy.  See State v. Smith, 223 Md. App. 16 (2013) (trial counsel’s failure to object to the court’s granting nolle prosequi to the lesser included second degree felony murder charge constituted ineffective assistance where the State, on post conviction, theorized that trial counsel may have sought an all or nothing verdict and trial counsel testified that he could not recall his reason for not objecting).

The standard of review for an ineffective assistance of counsel claim is a mixed question of law and fact. Strickland, 466 U.S. at 698.  Thus the majority makes clear that they aren’t simply talking about trial counsel’s duty to investigate a possible defense in general (a question of law), but rather whether trial counsel’s failure to investigate McClain as a potential alibi witness in the context of the known evidence against Syed was deficient performance (an application of the law to the specific facts of Syed’s case).

One of the more disturbing allegations regarding trial counsel’s conduct during the course of trial is that trial counsel affirmatively misrepresented her investigation to Syed.  According to Syed, trial counsel never said that she declined to investigate McClain for whatever strategic reason, but rather that she lied to him and told him that she made contact and that it didn’t go anywhere.  Syed then maintains that, when later confronted, after his conviction, trial counsel admitted that she never contacted McClain despite Syed’s request and her previous misrepresentations on the subject.  I’m sure that some may not believe that the exchanges took place, the lie and then the admission, but what if they did?  Distinct from the issue of ineffective assistance of counsel, it is highly unethical to deceive a client as to your case preparation.  Taking the allegation at face value for a moment- does that suggest that trial counsel in fact did not have strategic reasons for not investigating because she failed to articulate it to her client or was she attempting to focus her client, through deceptive means, on what she perceived to be their highest priorities?

Having found that trial counsel’s failure to investigate the alibi was deficient, the CSA then turned to the prejudice evaluation and found that there was a substantial possibility that the jury would have either acquitted Syed or that they would have failed to reach a unanimous verdict, i.e., a hung jury and a mistrial.  In reaching this conclusion, the CSA conducts a thorough analysis of the evidence against Syed. The CSA disagreed with the post conviction court that the burial was the critical evidence against Syed.  Instead the CSA agreed with Syed, that a witness being able to account for his whereabouts at the library at the time the State alleged that the murder took place, would undermine the State’s case. The opening quotation in this post concisely lays out the court’s reasoning.

Most folks seem  focused on what happens next.  Given the efforts that the State has made thus far in opposing relief, it seems likely that they will continue to press their position.  Though certainly not inevitable, a Petition for Writ of Certiorari to the Court of Appeals seems likely.  Of course, the Court of Appeals could decline to take the case.  The Court’s website indicates that the Court typically decides whether to grant cert within six to eight weeks from filing.  That there is a dissenting opinion and that there is no Maryland case precisely on point, increases the odds that the Court may grant cert if the petition is filed.  The State could also choose not to seek cert and could instead move forward with a new trial, a plea offer, or decline to prosecute.